This is an old post already from 2015 which I wrote elsewhere and which I’m copying here to test the usage of my new markdown based blogging solution.

On February 19th, 2015, the New York Times published a note by Oliver Sacks on being diagnosed with terminal cancer. This rekindled my interest in his books. I read an Anthropologist on Mars thanks to a traveling artist who was getting rid of dead weight to prepare for her next leap. This was about two years ago, and so she left behind the book as a gift in return for hospitality.

It turns out that many of the cases described by Oliver Sacks have to do with the chemical balance between small molecules and large molecules in brain cells. He also wrote a whole book, Awakenings, describing his experience as a neurologist prescribing a drug called L-DOPA, which was new at the time. This drug is an aminoacid. It is very similar to phenylalanine, one of the 20 aminoacids which make up proteins. L-DOPA is a precursor to Dopamine, another small molecule which is crucial for the dispatch of messages from one neuron to another. These messages from one neuron to the other are regulated by molecular machines embedded in the fatty cell-walls. In general these molecular machines are know as transmembrane receptors since they are located in the membranes of neurons (i.e. their cell-walls which are made of fat) and receive (receptors) molecular messages from the exterior of the neuron and decide what the response in the interior of the cell will be. One of these molecular machines, or transmembrane receptors, is know as GABA_A receptor. These receptors control the traffic of negatively charged chlorine ions into the cell membrane and the general effect of this is the control of the neuron as an electric circuit. When enough chlorine ions travel inside the neuron through the GABA_A receptor the neuron will reach a so-called hyperpolarized state. Zolpidem is a small molecule which stimulates another small molecule (Gamma-AminoButyricAcid = GABA) to block the GABA_A receptor. This blocking, or inhibitory effect, can result in a general neurological state of sleepiness, and so the drug is used as a sleeping aid. At the same time, it has been discovered recently that in patients in a state of coma, using Zolpidem can result in somewhat the opposite effect, that is, the patients come back to consciousness. There is a nice little interview to Nicholas Shiff, a neurologist at Cornell University working with Zolpidem, published a year ago in the March-April 2014 issue of American Scientist (follow the link).

The following is the chemical representation of the molecule (N,N-dimethyl-2-(6-methyl-2-p-tolylimidazo[1,2-a]pyridin-3-yl)acetamide) : 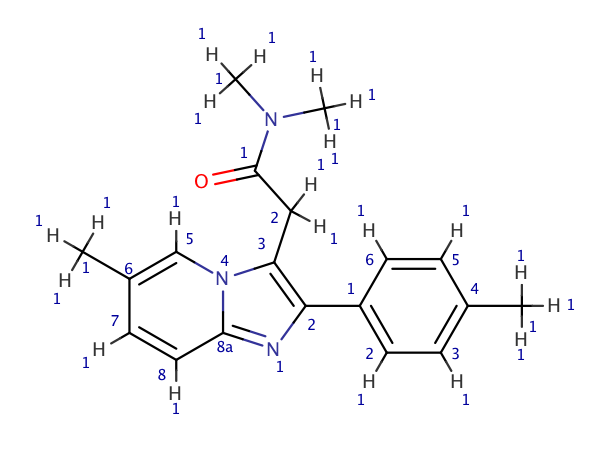 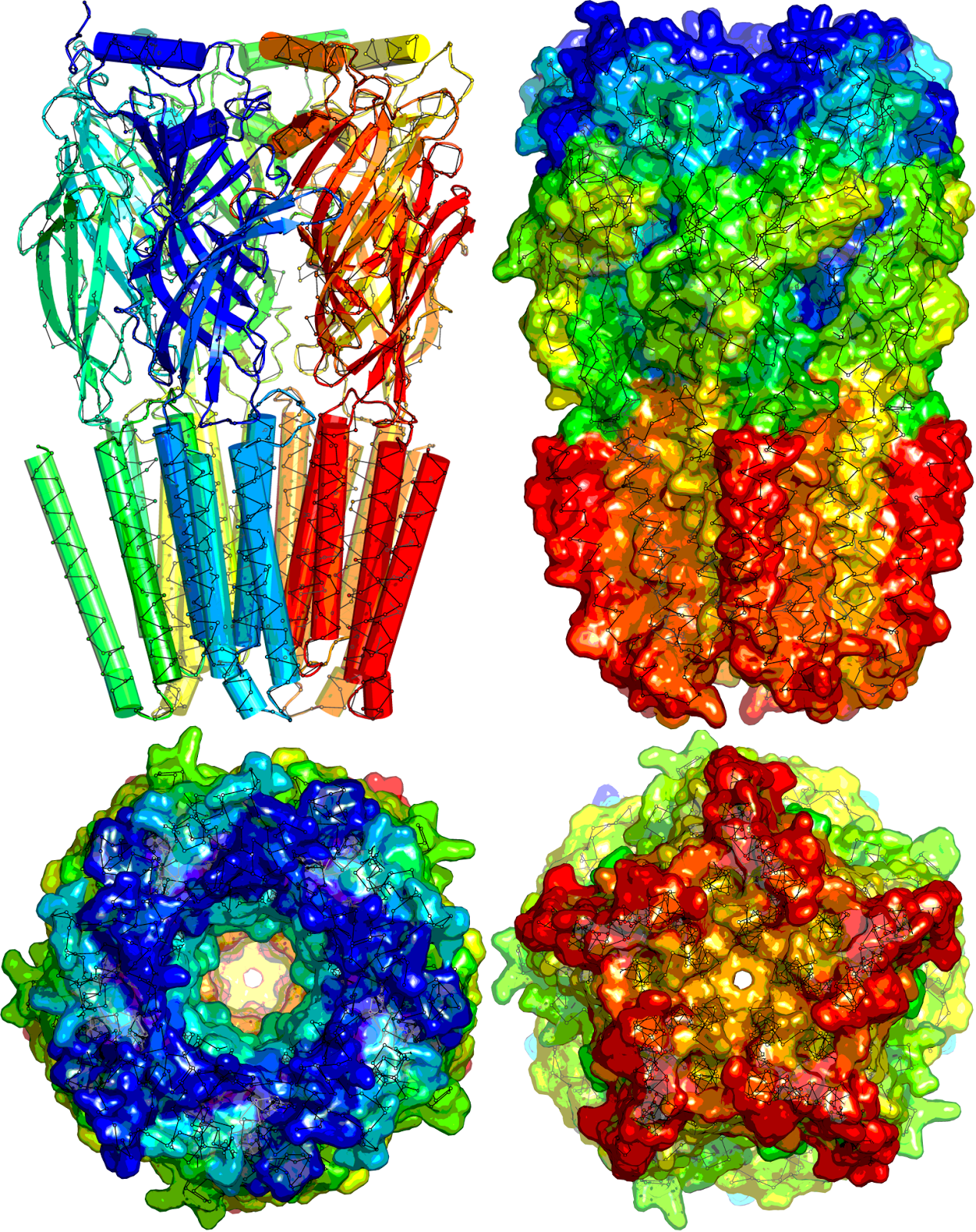